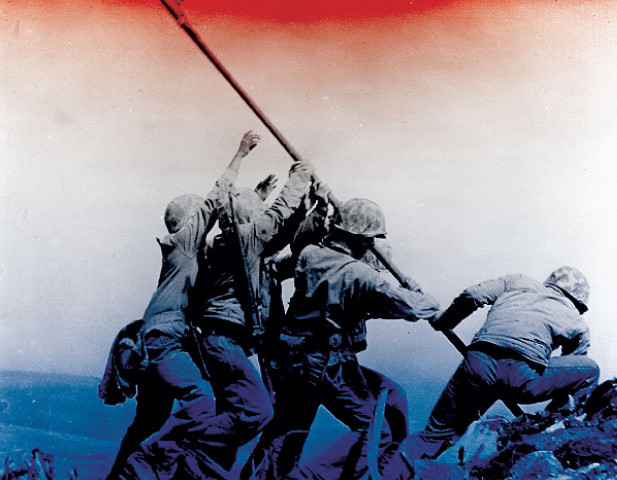 From Armistice Day to Veterans Day

Armistice Day was changed to Veterans Day on June 1, 1954 to recognize all veterans and not just those who served in World War I. From 1971 and 1977, Veterans Day was celebrated on the fourth Monday in October in keeping with the push to put all federal holidays on Monday. Tradition eventually won out, however, and the day was moved back to Nov. 11 in recognition of the armistice that ended World War I.

Raymond Weeks, a World War II veteran from Alabama, came up with the idea in 1945 to honor all veterans on Nov. 11, not just the ones who had served in World War I.

Veterans Day (Nov. 11) is intended to thank living veterans for their service,whether they served during wartime or not. Memorial Day is on the last Monday in May. Formerly known as Decoration Day, Memorial Day is a day for remembering and honoring military personnel who died in the service of their country.

Arlington National Cemetery has ceremony on Veterans Day every year to honor those who died during times of war. The ceremonies are held around the Tomb of the Unknowns with a combined color guard representing all military services executing a “Present Arms” at the tomb at 11:11 a.m.

The correct spelling of Veterans Day is just that – Veterans Day. There’s no apostrophe. According to the Department of Veterans Affairs, that’s because the day doesn’t belong to a veteran but serves to recognize all current and former members of the armed forces.

How many veterans in the U.S.?

There are as many as 49,900 homeless veterans in the U.S., representing almost 9 percent of the total homeless population.

Where do the most veterans live?

California is home to the most veterans in the country (more than 21 million). Four other states – Florida, Texas, New York and Pennsylvania – are all home to more than 1 million veterans each.

Tomb of the Unknown

On Nov. 11, 1921, an American soldier was buried at Arlington Cemetery. His identity was unknown and as such, his gravesite is called the Tomb of the Unknown Soldier. A wreath is laid on the grave every year during Veterans Day ceremonies held at the cemetery.

There are more than 1.6 million female veterans in the U.S.

Every 65 minutes, a military veteran commits suicide, or about 22 per day. Thirty-one percent of these suicides were veterans age 49 and younger.

Home of the Free Because of the Brave

I get to see lots of “my first ever salmon” the one thing that’s always the same is the smile. I love that smile